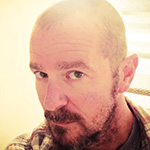 Zak Claxton is a Los Angeles-based singer-songwriter and performing musician who is best known over the last 10+ years for his online live performances in virtual worlds and remote video streams. A respected multi-instrumentalist and occasional session musician, Zak's first album as a solo artist was released in 2009. He's also a member of So Cal-based indie alternative band They Stole My Crayon, whose debut album came out in Summer 2016. Zak loves many things, including most kinds of cheese, really nice guitars, pie, and just about all kinds of music. Learn more about Zak here.